Crafting is a skill that allows players to create items such as jewellery, pottery, and armour for use or for trade.

The best way to train Crafting is by cutting gems, currently you can cut gems and make leather gear/d'hide gear with the fastest way being gem cutting. The easiest way to start gem cutting would be by using the crafting shop located at ::shops<i> to find all your gems and needed tools. Gem cutting requires a chisel and the gem you plan to cut, which you then use the chisel on that gem. Other Items you can craft

Here are a few other things you can craft and the XP gained from them.

Attaining 99 Crafting will allow you to purchase the Crafting Cape and Hood from the Skill Cape store at <i>::shops. 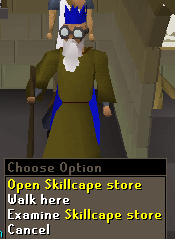 You can then use the 'skill cape' emote to show off your skills!