The Zamorakian Spear requires level 70 attack in order to equip. This weapon is the incredibly powerful and is the best choice when fighting the Corporeal Beast as he absorbs 50% of damage done by weapons which are not spears.

The Zamorak Godsword requires level 75 attack in order to equip. This godsword is the only melee weapon in the game that can stop an opponent from moving.

Both the Spear and the Godsword will stop Zamorakian minions from being aggresive to you in the Zamarokian Godwars Dungeon. However, you might wish to use another item to lose their aggresion so you can equip a stronger weapon.

The Zamorakian Spear can be obtained from killing K'ril Tsutsaroth and his minions. All though it is slightly rarer to get it from the minions.

In order to get the Zamorak Godsword, you will need:

The Godsword shards can be obtained from killing any boss and their minions in the God Wars Dunegon. The Zamorak Hilt, however, is only dropped by K'ril Tsutsaroth. All you need to do, is combine the three shards into a blade by using them on one another. Then using the Zamorak Hilt on the newly formed blade.

When players use the Zamorak Godsword's special attack, the player's max hit is increased by 10%, the accuracy of the attack is doubled, and can freeze the opponent, similar to an ice barrage. The attack may 'splash', so do not count on it always freezing your target. The attack uses 50% of the special attack bar 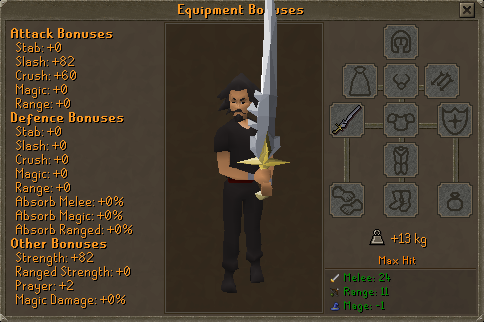 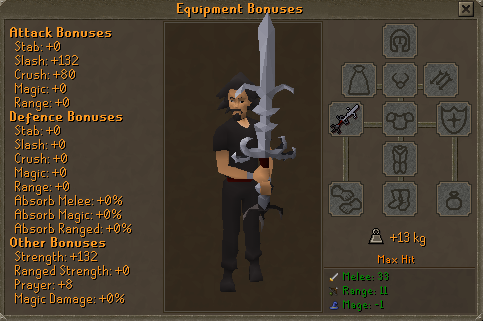