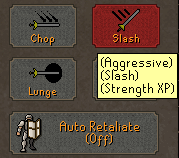 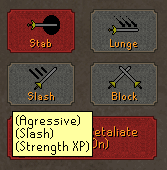 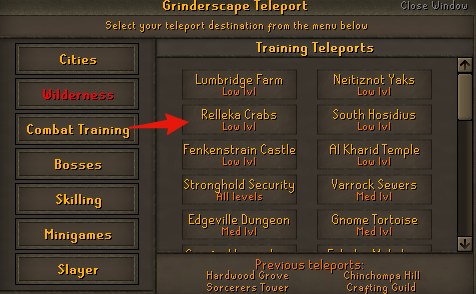 Here you will find the Rock crabs that can be killed in order to start levelling up your combat stats. Start killing these until you feel you have a high enough strength level to move on to killing other monsters such as Hill Giants, in Edgeville Dungeon or Yaks on Neitiznot (South). 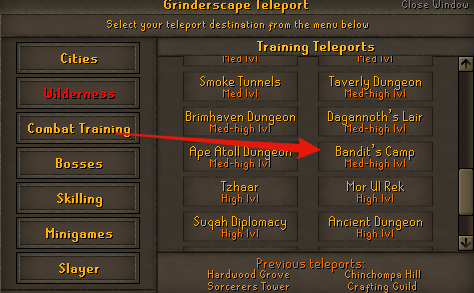 Here you will find a large amount of Bandits that will automatically attack anyone who is wearing Saradomin or Zamorak equipment, allowing for easy AFK experience.

Items that will come in useful when training Strength can be obtained from the Melee and Pure Items store at ::shops. To get better weapons, you can buy it from players, use the blood money shop, get it by Donating or get it from drops. 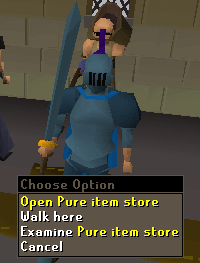 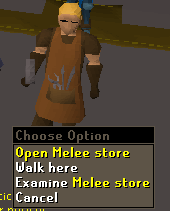 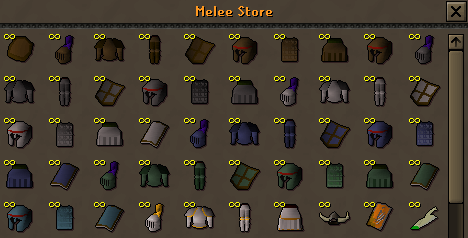 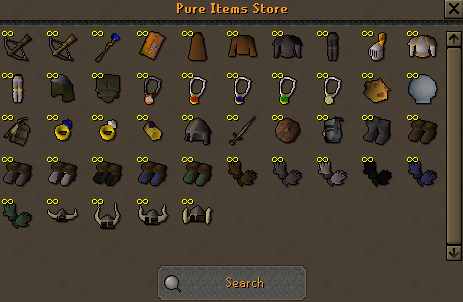 The following items can be used with the relevant Strength levels:

When you reach level 99, you can buy the strength cape from NPC Ghommal at the entrance of the warriors guild. 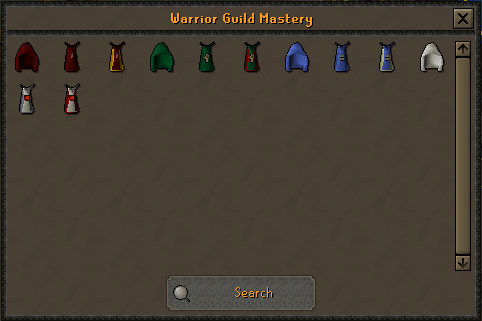