The Demonic Gorilla is a level 275 NPC, who uses all three combat styles. They're quite hard to deal with for people who don't know their mechanics and result in a quick death if not careful. 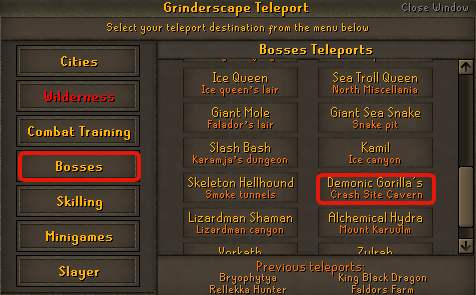 After that, run to the north via the nearby staircase and then to the left and you should be in a dark room with the Gorillas (If you see a mountain goat, you're in the right spot). 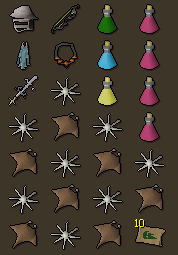 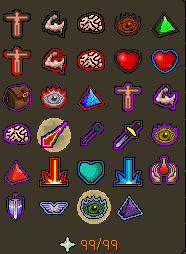 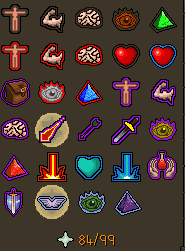 It is adviced to run in with protect from magic, and then use the appropriate battle prayer on the gorilla. After that, switch between each prayer according to their attacks (They tend to stick with magic attacks a lot of the time), and keep your HP up.

A Saradomin Godsword makes food nearly un-needed unless in a close-call situation.

A void switch is greatly recommended as it makes it much easier to keep an eye on everything happening while it's happening, as well as it being a short switch like shown in the picture above (a 4.5 switch with the melee shield/defender)

As the Demonic gorillas require 2 attack styles to be killed, it's REQUIRED to use pieces from multiple setup tables down below!