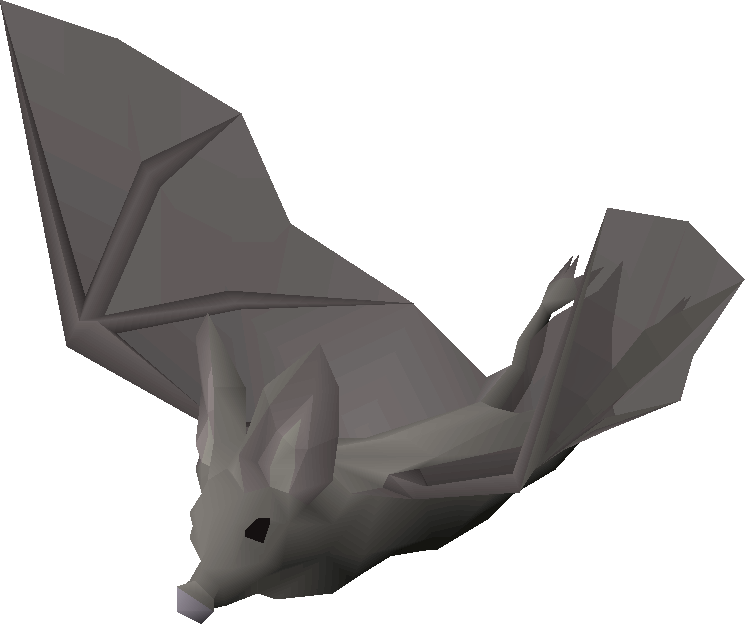 Giant Bats are relatively low-level flying monsters found at a number of locations in Grinderscape. Despite them being generally weak monsters they may sometimes pose a threat to players due to their aggressiveness toward any players level 54 or lower. Giant bats can be used as a slightly higher-level alternative for regular Bats for Slayer assignments.