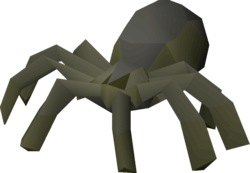 Spiders are found all over Grinderscape, but most notably in the Stronghold of Security, where they can be found at Combat level 24 and in large numbers. Most level 2 spiders have a relatively slow attack speed. Spiders are usually considered a nuisance and drop no items. It should also be noted that the level 24 spiders are aggressive and can hit up to 6 damage. 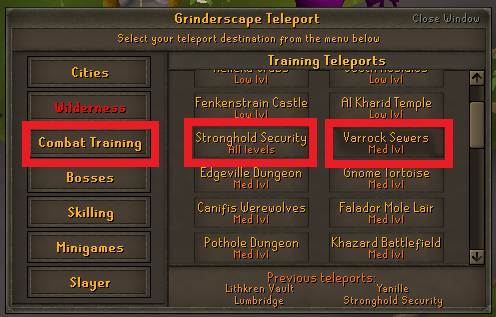